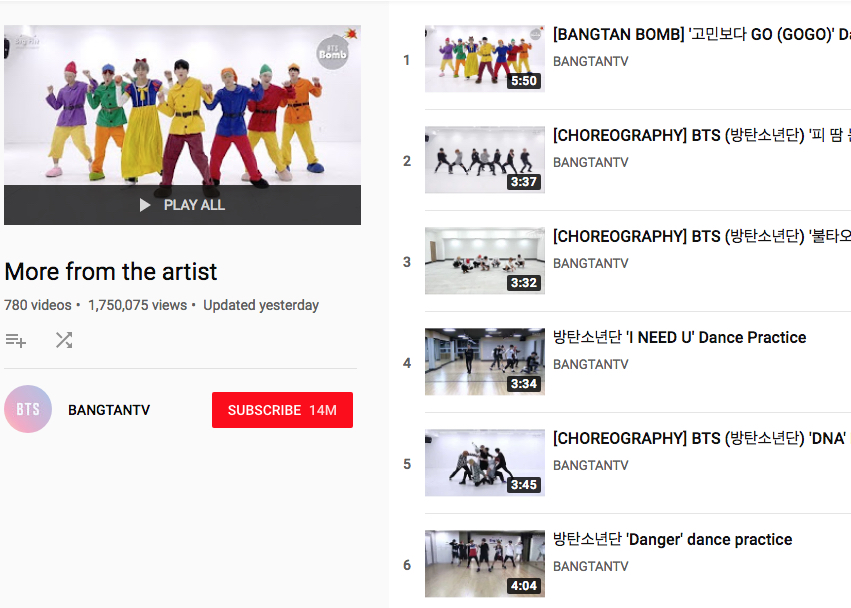 There’s a phenomenon that happens to some people when they discover K-pop. I might have thought it was just something about me, but I’ve met too many fellow newbies to K-pop fandom, and we all share a similar trait, so I’m labeling it a phenomenon. It’s the “Deep Dive,” or “Full Immersion.” I’m not talking about a program wherein I occasionally listen to K-pop in between Adele and Bruno Mars CDs, or sporadically watch K-pop MVs along with western music videos. I didn’t binge a couple seasons of “Better Call Saul” and break it up with a “Weekly Idol” episode or two. I’m talking about listening to, watching and reading about only K-pop during pretty much every spare moment I had for several weeks on end. In other words, I binged K-pop, the way others binge Netflix. It helps that the days are shorter in winter, and the weather not inviting me to do much else but stay inside. It also helps that my younger daughter and husband became interested in K-pop at the same time that I did, so we went “all in” together as a family.  Even though we don’t all share the exact same taste in groups and concepts, we very much appreciate each other’s likes, and enjoy sharing our latest discoveries in K-pop with each other.

For me, it began with just BTS. December burned me a cd of BTS songs when we returned from Manhattan Beach, post-AMAs, and I played that CD on repeat, exclusively, every day, until I could phonetically sing each song. I loved every track on the disc, some more than others, but each song was wonderful. I learned to distinguish the voices that initially I couldn’t tell apart. “Cem, who sings the start of verse two on Pied Piper? V? Oh my gosh, I LOOOVE his voice the best.” I learned that I could discern V, Jungkook and Jimin’s voices easily, and Jin by process of elimination. RM’s raps were easily distinguishable right from the start, but it took a few listens for me to tell Suga and J-Hope apart. Within a week or so of full immersion, I was passing “name the voice” tests that December would give me using BTS songs I didn’t know yet. I learned these initial 20 BTS songs so well that, even now, when I listen to one of them, I feel a Pavlovian wave of nostalgia and romance, like catching a whiff of my first crush’s cologne. It was intoxicating to fall in love with BTS. And nine months later, it’s still mildly disconcerting to not hear Save Me” right after “Run,” because that’s the order they’re in on my CD. This is akin to not hearing “We are the Champions” after “We Will Rock You.” The difference is, those 20 BTS songs on my beloved CD were from separate albums, and completely out of release order. So while I felt I’d gained a beautiful new vocabulary, I still hadn’t learned the syntax. I needed more. December felt it was time to walk me through the full history of BTS using their MVs. Here’s a playlist of the BTS CD, missing one song that isn’t on Spotify – JK and Jimin’s “We Don’t Talk Anymore.”

The linchpin of full K-pop immersion is Youtube. I hate to say it, because it feels disloyal (my husband works for Twitch), but if it wasn’t for Youtube, I probably wouldn’t, or couldn’t, be writing this blog right now. In December 2017, and especially in January 2018, I watched hours of K-pop on Youtube every single day. In December, it was just BTS. Mind you, this is at Christmas-time, and I’m a diehard Christmas-phile. So even though I was in the midst of a full-on K-pop obsession, there was still a tree to decorate, cookies to bake, cards to write, etc. But whereas in previous years we did these holiday activities while listening to Christmas carols, or watching “A Charlie Brown Christmas” on DVD, in 2017 we did it while streaming HYYH Pt.2, or watching the Final Wings Tour in Seoul on Youtube. And about those Christmas cookies? My daughter ensured there was a BTS twist to those as well.

In between Christmas and New Years, I came down with the flu. What that means in theory is that I didn’t really enjoy my holiday break the way I normally would have. What it meant in practice was that I spent 16 hours a day on the couch watching Youtube. I was physically miserable, but happily sponging up BTS like there was no tomorrow. At first, I could only easily visually identify RM, my bias (even though I still called him “Dimples” most of the time). I often mixed up V and Jungkook and Jin. I tried memorizing their hair colors, but learned quickly that hair color changes a lot in K-pop. There was no workaround, I had to put faces to names. My girls quizzed me a lot, and I finally aced identifying all of the members of BTS within a couple days. Then, before I could even enjoy a minute of feeling like an expert, Cem informed me that I was to no longer refer to BTS by their stage names. “Nobody uses their stage names, mom.” What? I just spent days learning these names for nothing? At least three of their names didn’t have to be re-learned, and learning the new names allowed me to finally know why my daughter was constantly tweeting about someone named Yoongi.

During my flu, I discovered Korean variety shows and found them so entertaining that I’d even watch episodes with groups other than BTS. I learned about the Korean slang word “ipdeok,” defined as “what draws fans in.” A memorable MV can be ipdeok. An incredible live performance can be ipdeok. Even a dance move can be ipdeok: BTS “I Need You”’s body rolls FTW! Extreme visual appeal and charm are key to hooking fans, and variety programs are tailor-made to showcase both. I should have watched variety shows before taking my visual BTS test, because I’d have aced it in one go. It’s near impossible to watch an idol group on a variety show and not be charmed by at least one member, and usually all of them. I was becoming able to name a few members of other idol groups as well, often whose music I had barely even heard yet, but whom I’d enjoyed watching on variety shows! Super Junior for example. The moment I got hooked on SuJu was watching them do “Sorry Sorry” at 2x speed on “Weekly Idol.” I biased Jackson Wang before I knew anything about Got7 because I saw Jackson being hilarious on a number of variety shows. I guess that’s ipdeok.

Even though I began to learn about groups and idols beyond BTS, I still felt strongly, and expressed to my daughter that, “No one is like BTS, December. They occupy a different air space completely. They aren’t even on the same planet as other groups.” I think I still feel this way to a degree, even though it’s more difficult to stand by that statement now because I’ve totally fallen in love with so many other groups at this point. I’m multi-fandom all the way. I suppose the radiance of my early love for BTS has faded just a bit.  No, faded is the wrong word. It’s spread out, from a spotlight to a flood. Discovering BTS was like exiting a darkened room and walking into extremely bright sunlight: blinding at first, but after some time, my eyes adjusted, and I was able to take everything in that surrounded them.

By New Year’s Eve 2017, when BTS performed “DNA” and “Mic Drop” on “Dick Clark’s Rockin’ Eve,” I was a fully-fledged, wear-it-on-my-sleeve BTS stan, jumping up and down, singing along, and totally proud of “my boys.” This is a mere five weeks after initial exposure. I’m fairly certain the flu was not the strongest virus I experienced that winter.