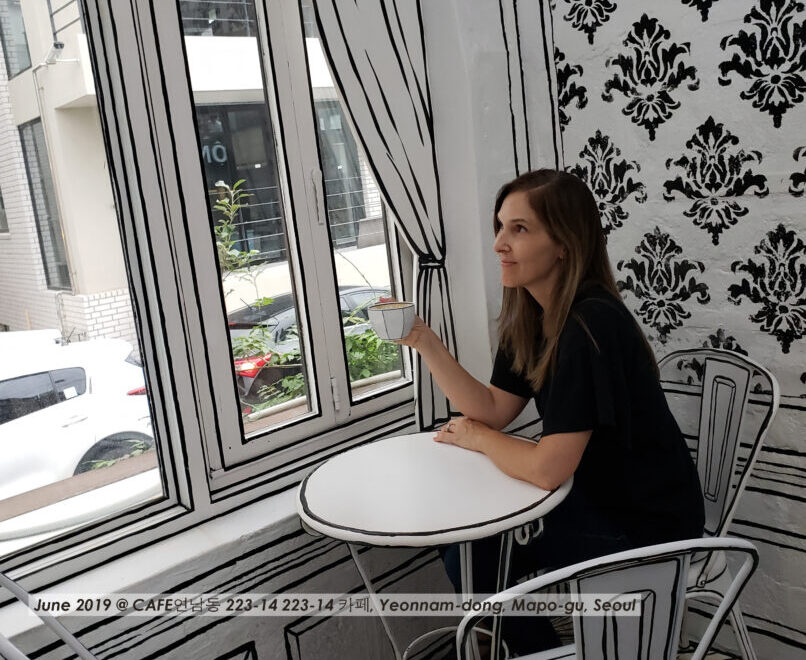 MOMtheK is a journey through all things K-pop from one mom’s perspective: ramblings, rants, and random thoughts.

About the author: Married mom of two, residing in the U.S., yet dreaming daily about the K.

About the blog: I decided to write about K-pop about 9 months into my obsession with it. My journal would have remained private if it weren’t for my family’s encouragement that I share it with others. I realize blogging about K-pop isn’t unique, but hopefully I bring a unique perspective: the average American mom. I used to work in the video industry as a producer/editor/writer, and since becoming a mom, I juggle part-time work with parenting my amazing kids. Thanks to them, I fell in love with K-pop in November 2017, and it’s become nothing short of a passion for me.

Even though I’m a newbie to K-pop, I’m proud to have acquired a good amount of knowledge about it in a condensed window of time. I find myself talking about the Korean Wave and its various generations as though I was there for them, when in reality, until 2017 the only K-pop on my iPod was 2NE1’s “I am the Best” and Psy’s “Gangnam Style.” I feel like I’ve been into K-pop forever. It’s brought such color and flavor to my life that it’s hard to imagine a time before I was into it. K-pop is joyful, sincere, complex, and most of all captivating. There aren’t many people that only like K-pop a little bit. People either love it or hate it, or they’ve never really heard it. Knowing “Gangnam Style” barely counts because it was a novelty song, the “Macarena” of 2012. Psy’s monster hit now seems as American as apple pie, it’s part of our musical history, but it surprisingly didn’t quite connect the American public to K-pop.

A term I’ve heard in the K-pop world is 입덕 (ip-deok), slang for the moment one enters into a fandom. For me personally, BTS on the AMAs was ipdeok. I was hooked in that moment, and MOMtheK is the how, when, why and what that has followed.